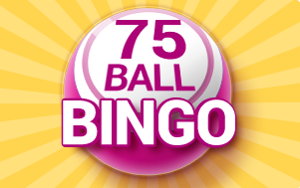 75-ball bingo or pattern bingo as it’s also known, is a hugely popular style of bingo that originated in America in the 1920’s. It was developed at carnivals across the country by a man called Edwin Lowe, and it’s continued to be popular now today across the world.

75-ball bingo became extremely popular in the UK with the introduction of online bingo in the early 2000’s, and the Brits absolutely loved this new style of gaming. It was quite different to the classic 90-ball bingo that most players were used to, and the online bingo community still love it today.

It’s a fun and fast paced pattern style bingo game, and each game has a unique pattern that you must fill to win. Each ticket contains a 5×5 grid made up of numbers from 1-75, and there is always a blank space in the middle of the grid offering you a free square. Before each game you will be given a pattern to fill out, and if you complete the pattern then you win the game. Simple.

The History Of 75-Ball Bingo

The game of bingo itself dates way back to the 1500’s – as crazy at that may seem – but 75-ball bingo actually first appeared in America in the 1920’s.

A guy called Edwin Lowe from Atlanta, USA, discovered a version of the game being played at carnivals and fairs throughout the country.

He was fascinated with the concept and so decided to develop the game more, then one summer he took the game over to New York.

It was originally called ‘Beano’ in the very early days, however it’s reported that someone accidentally once shouted ‘Bingo’ instead, and from then on it stuck and the rest is history.

Why is 75-Ball Bingo So Popular? 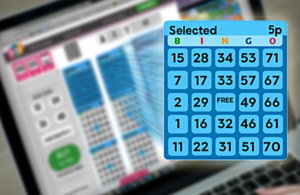 75-ball bingo really has taken the bingo world by storm, especially over here in the UK since the introduction of online bingo.

Suddenly the game became so much more accessible across the world, and it’s now one of the most popular choices for players alongside the classic 90-ball games.

Here are a few other reasons as to why it has become so popular over time:

How To Play 75-Ball Bingo

75-ball bingo is also known as pattern bingo. This means that each game will require you to fill out a certain pattern each time you play in order to win.

The pattern will be stated at the beginning of each game, and then you are just required to mark off each number from 1-75 as and when it’s called.

Here are some other things that you might need to know along the way: 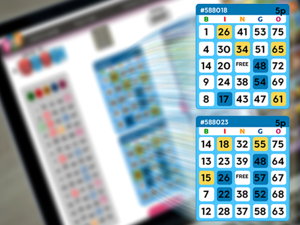 75-ball bingo tickets contain a 5×5 grid of randomly generated numbers from 1-75, plus every ticket also has a free square.

You can purchase between 1 and 96 tickets per game, and you can even swap out your cards for different ones before the game begins.

Quite a few online bingo sites allow you to purchase tickets in advance these days too, so you’ll never miss out on your favourite games.

How Do 75-Ball Bingo Tickets Work?

The following table shows how the numbers from 1-75 are distributed across each 5×5 grid. There are 25 spaces in total, including a free square in the middle of each card.

To win a game of 75-ball bingo you’ll need to mark off numbers from 1-75 in a certain given shape or pattern.

The pattern will be stated before the game starts, then you just need to mark off the numbers as and when they are called.

If you end up filling out the specific pattern with the numbers on your card, then you’ve won the game and the prize is yours. The patterns will vary every game too, which all adds to the excitement each time you play.

Can You Win Twice In One 75-Ball Bingo Game? 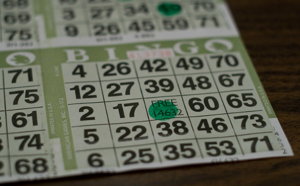 Not really no, unfortunately.

Each game will generally have one pattern per card, and then once that pattern is completed the card will be obsolete.

Some games may offer different rules and variations from time to time, but you will mainly only ever have one chance to win on each 75-ball bingo game.

How Much Money Can I Win Playing 75-Ball Bingo? 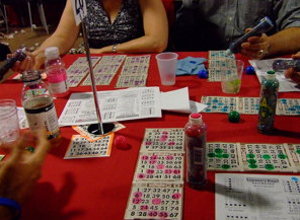 You’ll love 75-ball bingo if you enjoy something a little bit different in your gaming. It makes a nice change from the classic 90-ball British version of the game, and the pattern aspect means that no two games are the same.

You can also find it very easily online these days, and the fact that you can buy up to 96 cards a game means your chances of winning could be even higher than most other bingo games too.

It’s very hard not to love 75-ball bingo in general to be honest. It’s fun and fast paced with lots of variation, plus it’s exciting to watch the patterns build up as you play. The UK have embraced this American style game with open arms, and I think its popularity will just continue to grow.