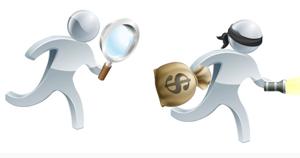 Unfortunately, just like most other businesses out there, the bingo industry can sometimes fall prey to theft. There can often be large amounts of money stored on the premises at most bingo halls and clubs, so venues can appear pretty vulnerable at times.

They’re not necessarily classed as easy targets as such however, as most branded venues will have a high amount of security at all times. Some of the smaller clubs or local non-branded venues however, might have less experienced team members when it comes to dealing with theft. Some staff may have absolutely no security training at all, and would certainly – like most of us – think twice before confronting an armed intruder.

In most cases, thieves haven’t majorly harmed players or staff luckily though, and the crime is generally always about immediate cash followed by a quick escape. The robberies can sometimes – but not always – take place at quieter times too, where players are less present, or perhaps not present at all. Although there are no reported accounts of much physical harm to actual players or venue staff, just like with any trauma, the events can have a lasting effect mentally.

Bingo theft is nowhere near as common as most other physical crimes thankfully, but thieves will be thieves, and they’ll find a way in whatever the target unfortunately. Although the bingo industry isn’t quite as targeted as say, a shop, a home, or a bank, it can still be vulnerable and fall victim when least expected. Below are some of the biggest tales of bingo crime here in the UK, some of them perhaps a lot more recent than you would think…

On Thursday, September 3rd 2020 at around 10pm, two men armed with machetes made an attack on staff at Castle Bingo in Barnes Hill, Birmingham.

According to a recent article in Birmingham Live, the robbers were reported to have fled the scene with “large quantities” of cash.

In a statement to the media, a police spokeswoman said:

Two men armed with machetes threatened staff and pulled them into an office. Two members of staff in the cash office where then forced to hand over a large amount of cash from the safe.

Fortunately none of the workers were injured, but understandably have been left shaken by this frightening incident.

West Midlands Police have since launched an appeal asking for any information that may be relevant, as no arrests were made at the time. It’s unknown as to exactly how much money the two robbers managed to get their hands on, but it’s definitely suggested that it was a pretty hefty wad.

This awful incident was extremely unfortunate, especially as I myself visited the club not so long ago. You can read about my experience of the venue HERE, and despite the recent events, it was a really positive one.

This particular incident was very unfortunate, and the event resulted in one pretty bad injury at the scene of the crime. Bingo players told The Liverpool Echo of their terror one afternoon at a Gala Bingo hall in Croxteth, Liverpool, after a masked gang struck a security guard outside the club.

It was around 1:40pm on 26th April 2017, when a local G4S security guard was attacked in broad daylight. A gang of masked men were reported to have hit him over the legs and the head with a metal bar and a hammer, whilst he was dropping off a cash box at the local Croxteth bingo hall.

The offenders then took the cash box and fled the scene in a Ford car, and luckily the man escaped with just a leg injury as he was wearing a helmet.

The Detective Inspector at the scene, Terry Davies said:

Robberies of security guards are not a victimless crime, and for this guard to be subjected to this ordeal while he was carrying out his job is unacceptable.

A later statement from Gala Bingo also announced the following:

We can confirm that there was a robbery just outside our club. We are working with Police – we have our own CCTV outside which we have shared. He was a member of the G4S security team. He had picked up some cash, and was leaving the site.

No Gala employees or staff were involved. Everything is as normal inside.

Thankfully, the security wasn’t hurt more in the process, but he was understandably left extremely shaken following the event. It’s unknown as to how much the gang managed to steal, or if they were ever captured following the crime.

On Sunday 12th August 2018 at around 3pm, a man robbed quite a large sum of money from the local Boyle Bingo hall in Armagh, Northern Ireland.

He was reported in Belfast Live to have been armed with a pair of scissors when entering the building, and he was apparently violent in his behaviour and pushed a female member of staff to the ground.

The female in question wasn’t injured thankfully however, and the scissors were recovered at the scene by police at the time of the crime.

The man – now known as John Cristopher Crowe, was eventually arrested. It turns out he’d been evading police detection for 17 months, and had no fixed abode despite claiming to have a home of his own. He failed to appear in court on September 4th 2018, and was finally denied bail with “failure to surrender” citied as a concern.

A Buzz Bingo hall in Rubery, Birmingham, suffered a second robbery in the summer of 2020. It happened in the early hours one Sunday morning in June, and came just a few months after a similar theft at the club.

According to an article in Birmingham Live, four armed robbers threatened staff with knives around 1am – and they managed to make a run for it with a large amount of cash from the venue.

Police said that staff were threatened but that luckily no one was hurt in the process, and also that everyone was still fairly shaken after the event, quite understandably. The club was hit by a similar robbery in early December 2019, but police weren’t able to comment as to whether the robberies were linked.

The first theft occurred when the club was still run by Gala Bingo at the time, and two thieves in balaclava’s robbed a large sum of cash around 9:15pm. There’s no evidence as to how much this particular club has lost to robberies, but I imagine that they may now think twice about keeping large amounts of cash lying around. 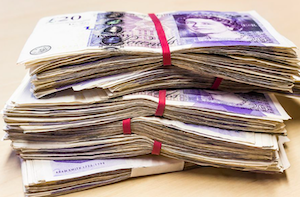 It was suggested back in November 2006, that a certain gang of armed robbers were potentially responsible for a series of UK bingo hall raids.

An article in The Argus reported that at least 11 unsolved bingo robberies all bore similarities, and a trail was eventually pieced together after a particular hit on a club in Brighton.

It’s still unknown as to whether these crimes were all definitely linked and what the outcomes where, but police did heavily suspect one gang in particular. All of the robberies were extremely frightening, and thousands of pounds in cash ended up being stolen.

Here is a timeline of some of the allegedly linked events:

It’s never been officially reported that these crimes were all definitely linked, however the similarities all point to the fact that they most probably were…

Is Money Really The Biggest Loss When It Comes To Theft? 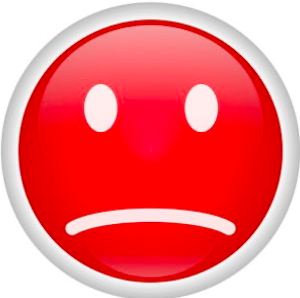 As you can see from all of the stories above, bingo robberies can cause huge distress. Of course money is usually stolen, which is obviously extremely tough on a business, but the emotional effects of a crime like this can cause more harm than anything else.

As with any robbery, theft, fraud or attack etc, any victims involved can end up feeling very shaken up. It could have a real lasting effect – especially if a particular member of staff or player was in direct contact with the thief/thieves themselves – and it could encourage people to stay away from a venue completely.

Most of the bingo halls mentioned kept their doors open however despite the thefts, and I would imagine that there would have been plenty of support available after the events. Any robbery is awful whether it be from the home or in public, and it is always good to talk to anyone close should you ever be unfortunate to witness one. The security within bingo halls and casinos is constantly changing and improving however, so fingers crossed we don’t see many more cases in the near future.

A strong hope I fear, but a hope all the same.