The premise behind playing bingo without numbers is the same as playing it with numbers. The difference is that you will need to find cards that come in different formats. Fortunately, the online world is quite the hive for these cards, offering you the chance to easily find them, download them and print them off to play numberless bingo in real life. 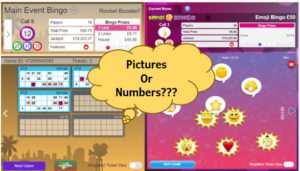 You then need to create some bingo balls with the same symbols or words as those that appear on the cards that you download. Put these into a machine or even into a bag and you will then have a caller who draws them out. Everyone playing will have a bingo card associated with the version you are playing, and they will dab these off in the same way as normal.

Strangely enough, you don’t need to even be printing off cards and playing bingo in real life to get the most out of numberless bingo. Many online bingo websites provide their own versions of numberless games, meaning that you can simply login to your account and play them in the same way as you would the standard versions of bingo. Let’s take a closer look at these different types of bingo without numbers.

While this version of bingo at the Tombola site is due to close shortly, it has been one of the brand’s most iconic releases, loved by many players. Yet the company has taken the decision to give it an early retirement. Tombola has said that it will be replacing this version of bingo with something else, which could be quite fascinating within itself. Alas, how did Bubble Bingo work?

Well, the aim of the game was to collect 10 marbles of a single colour before any of the other players accessing the same room. Bets of between 10p and £2 were accepted in Bubble Bingo, requiring players to simply select their stake and buy-in amount. Then, when the game began, it would fill the screen with 30 floating bubbles. Behind each of them was a coloured marble – red, blue or green. The prize amount was seen at the bottom of the screen, as well as its jackpot amount.

Instead of a caller being present in the game, the bubbles on the screen began to glow slowly. Upon doing so, players were provided with the opportunity to pop them, and the revealed marble would then float to their collector panel. As long as 10 of the same colour were revealed before any other player, you would be the winner. A Full House prize was available within Bubble Bingo, and a jackpot of 500x your stake alongside. This was paid out if you managed to win the game in 14 “calls” or less.

Printing Your Own Cards Off 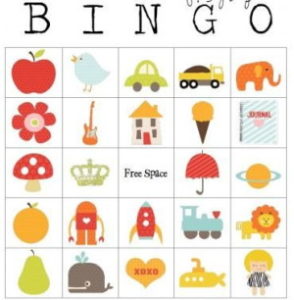 You can make bingo cards as niche as you like, should you be playing in real life rather than online. This requires you to design your cards and potentially build them up around a specific theme. Yet there are one or two websites that can assist with this. Some of the ideas that have been put forward by various players have resulted in some amusing possibilities. Then again, if you can’t have fun when you play bingo, what’s the point in playing at all?

You can either use a pre-created bingo card design or craft your own bespoke one. This allows you to incorporate any design, build it around any type of theme and then make it so that it fits in with the event you are playing it at. The sites will then charge you different amounts, depending upon how many of the cards you would like. Sometimes, if you don’t want to pay, you can simply download a set amount for free. You print the cards off, which will all be randomised in terms of the spaces and words or symbols on them, because if they were all the same then everyone would win at the same time. Don’t make that daft mistake! Some companies will send the cards out to you by post, if you prefer. 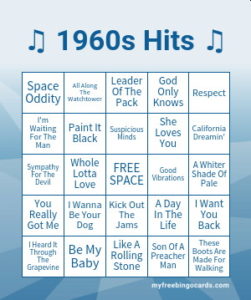 A popular alternative for many people has been to centre a bingo game around one or more movies. You may find bingo cards that encapsulate Christmas movies. This sees the bingo card feature various Christmas movies on it, like Elf or The Santa Clause, for example. Alternatively, you can build the bingo card around one specific Christmas movie. Let’s say that you choose the theme of Home Alone bingo. You would then include words like ‘vacation’, ‘Kevin’, ‘traps’, ‘robbers’ and so on, on the card. You can even include quotes from the film to make things even more entertaining.

Or maybe you’re hosting a music night. Let’s say that you’re watching the Eurovision Song Contest and you want to make it a little bit more enjoyable. Well, you sort out a design that features various events that could occur during the Eurovision. Let’s say that there is a space on the card for someone tearing off a part of their outfit during their song. Or maybe there is a space for a participant waving a flag at the camera from the green room. Perhaps you want to include a space for someone not hitting the correct notes in their performance.

The possibilities are quite endless when it comes to movies and music, and this has made them highly popular for players to get involved with. These topics are something that everyone is generally aware of, and they can be excellent if you’re hosting a music night or a movie night, and just want to bring a bit of extra enjoyment to the evening. 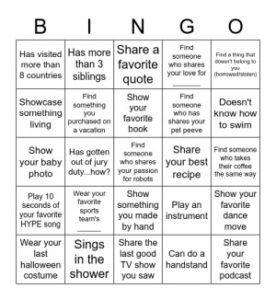 Perhaps you’re going to be celebrating the birth of a child in due course and there is a baby shower to go through. You print off some cards that feature words associated with gifts that may be donated to the expectant mother while that is taking place. Every time one of the gifts pops up on your bingo card, you mark it off. And then the winner gets to take home a fun prize by the end of the celebration. It may seem simple, but even the smallest of things can provide extra excitement for you to experience at such an occasion.

Or maybe you want to celebrate Valentine’s Day in a bit more of a romantic way. Hey – some people think bingo is filled with romance! Why not construct a bingo card featuring various words like ‘Kiss’ or ‘Hug’ or ‘Smooch’, and then craft the balls with those words on to draw from a machine? Every time you mark one of them off on your card, you also enact what that word dictates. Yes, this gives you quite the room for your imagination to take off, but at the end of the day, perhaps it will spice things up on Valentine’s Day, too! 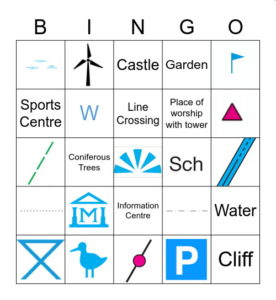 One of the most entertaining versions of playing bingo is by incorporating symbols onto the card. You can do this with various topics, but map symbol bingo is a great option to go for. Instead of the caller reading out numbers as he normally would, map symbols are announced instead. This may see him calling out things like “radio mast” or “church with tower”, for example. You can simply put these words into a bag on pieces of paper and draw them out, if you don’t want to use actual balls.

Players participating in the game have their cards with rows of map symbols on them. Should a symbol be called out that they recognise on their card, they cross it off. Of course, lines can be played this way, or you can solely play for a full house to be called. It’s quite the ideal way of playing bingo if you want to teach players about map symbols, especially if you’re going to be outside and requiring a map to get around. It makes things a lot more fun for younger participants. 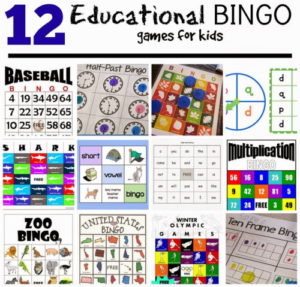 Let’s say that you’re a teacher and you want to teach your students about the 50 different U.S. states. Just so that they know not only what they’re called, but a little something about that state. You create a bingo card set that includes different abbreviations for each of the states and maybe a landmark or the state nickname, for example. Those are then added to a bag to be drawn, and if the landmark/nickname is recognised, the students mark it off their card. This is also adaptable for cities in the UK or countries of Europe or for countries of Asia etc.

Perhaps instead of that, you are teaching languages to your students. You’re starting them out on learning basic words or you’re wanting them to learn the foreign name for a specific piece of food, for example. A card features a symbol or picture relating to a specific food, and then the names of them are placed into a bag. Being the teacher, you call out the name drawn in Spanish or German or French, or whatever language is being taught. The students need to understand the word and then mark it off on their bingo card.

Or maybe you’re teaching the difference between mathematics symbols. We’re not solely talking about the basic +, -, x and ÷ possibilities here. But also, things like the square root symbol or the pi symbol or anything more technical. These are added to the cards for you to print out and then you, as the teacher, call out the symbols being drawn out. Students need to mark them off on their bingo card when they recognise which symbol has been called.

Bingo has been used in educational format for many years already, and it is likely that it will continue to be used this way in many schools. It’s a simple way of not only teaching children, but making class times more entertaining and fun.