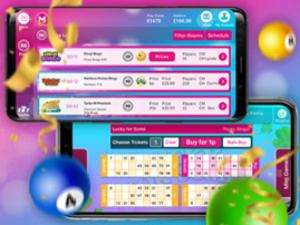 Bingo has always been considered as a great way to enjoy a social outing. It is not uncommon for bingo to be associated with tales of little old ladies heading out on a Friday night to the bingo hall, where they engage in a few hours of chit-chat alongside the customary gameplay. If they win a bit of money from gaming along the way, then that’s even better. And even today, with the fact that more younger people are participating in playing bingo, the social aspect remains a key component of it in terms of the land-based bingo experience.

Of course, if you are playing the game online, it doesn’t leave as much room for communication with your bingo-playing friends. Or does it? Because some people have often thought of accessing a game of bingo with friends from home, rather than visiting the land-based halls. This could be due to the fact that there isn’t a bingo hall nearby to them, they don’t like going into the halls for their gameplay, or simply due to the fact that the online bingo scene appeals to them more so. And it may surprise you to realise that you can play online bingo with friends just as easily as you can in a land-based situation.

How does this work, and are people actually doing it? Let’s take a closer look at playing the game with your friends online.

How To Play Online Bingo with Friends 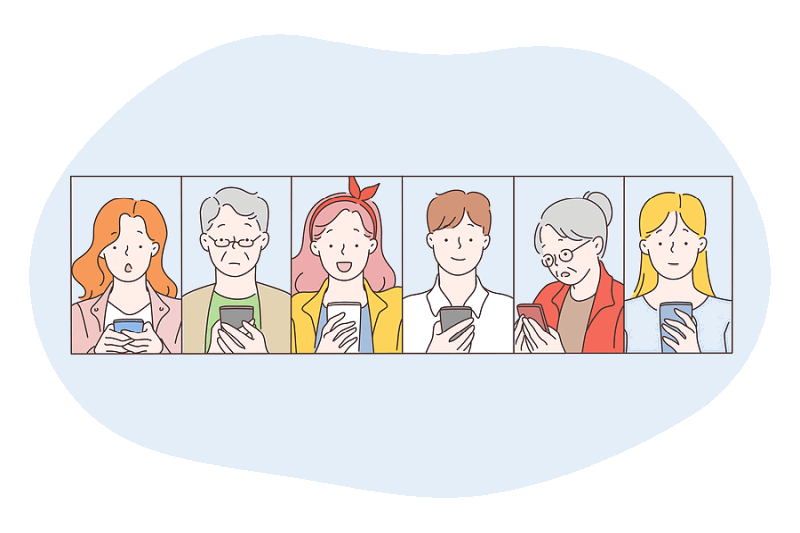 If you want to experience online bingo games with your friends, how do you go about getting involved in it? Well, it really is quite a simple process. Generally speaking, it requires you to make plans with your bingo friends beforehand, so that you will know you’re all online at the same time to engage in gameplay. Decide upon a bingo site to either join or login to if you’re all already registered there, and then make a decision upon the room that you would like to play the game in. After all, most bingo sites come with various different games and rooms for you to enter and experience their themes and so on.

As long as you all know each other’s usernames for the site, then you will know who is active. How so? Because each bingo room has its own chat box for you to make use of, so you can communicate with everyone that you know. And you can even make new bingo friends this way, too. If you suggest that everyone be online at a specified bingo site at 8pm on Thursday, you can decide upon the room you want to play the game in and then when everyone is present, you can proceed to chat in the same way as you would in a land-based bingo hall. It’s really that simple.

Of course, there is always the option of doing an alternative bingo night with friends online. Rather than being registered at a specific site, you could organise a meet-up via Skype or Zoom at a specific time, and someone gets to be the bingo caller. Everyone has their own cards and dabbers, which essentially plays out as though you were visiting a bingo hall. The difference is that this is online and serves as a sort of virtual bingo game for you and your friends to engage in. During the 2020 COVID-19 lockdowns, people did get themselves involved in online games that were useful for playing in a virtual setting over Zoom. 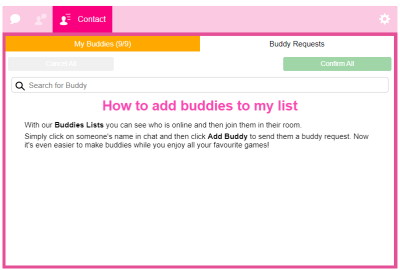 Not everyone has a group of friends that will outrightly get involved in bingo. Perhaps they have jaded ideas of what bingo is all about these days, still picturing little old ladies gathering for their meetups at the hall every week. But perhaps you could garner their interest in playing alongside you at an online site with a few pointers. Give your friends some details about why playing online bingo can offer a great alternative to a night out together.

First of all, let them know that bingo is actually quite the entertaining game, and it caters to all ages. While the older generation still likes getting involved in it, this is usually in an offline environment. The online scene often appeals to the younger crowd, with vibrant bingo rooms and enjoyable promotions to take advantage of. Make it known that bingo has made a huge comeback in recent years, and this is especially true when it comes to the online gaming world. Plus, it is not something that they need to do at a specific time. Online bingo can take place at any time of day, so when they’re not playing with you and your other friends, they can have a dabble at it alone.

It may also be ideal to let them know that playing online bingo is an easy activity to get involved in. Registering for a bingo account is a quick and simple process, and depositing can be done through numerous different payment methods. Various different rooms will then be displayed to enter and purchase bingo cards for. And then, you’re away. Simply wait for the game to start and see if your numbers are called during it.

One other thing to make your friends aware of when it comes to playing online bingo is that it manages to merge the fantastic elements of the land-based, traditional game with the modern-day enjoyable action. Therefore, if you have friends who have commented that it isn’t quite the same as playing in a bingo hall, make them aware that it is even better! The basic features that brought the enjoyment factor to bingo originally are still the foundation of the game played online today.

You could try organising a party and tell them that it can be a sort of gathering and bingo get together in one go. Friends may be concerned that playing online would see the social aspect that land-based bingo offers disappear. Of course, this is not the truth. The chat box provides a great way of communicating with your friends while a bingo game is in session, and you never know, you may end up making more friends there during the games. You could end up with your own crowd of enthusiastic bingo players that you meet up with each and every week on set days at specific times. 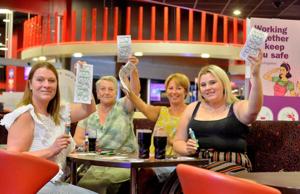 Like everything else, there are differences to experiencing bingo online as opposed to playing it in a land-based venue. The most obvious point to note is that land-based bingo games occur within brick-and-mortar establishments, while the online options take place via the internet. And it is this that makes online bingo much more convenient and cost-effective for many people. The United Kingdom provides a range of licensed and regulated online bingo rooms that you can join with your friends, and they feature friendly, professional hosts and players from all across the British Isles for you to play with and against.

Of course, if you have a land-based bingo hall close by, then you may prefer visiting this. But not everyone can say this is the case, and just because you’re close to one doesn’t mean your friends are as well. Therefore, it is necessary to make much more of a plan when it comes to playing in bingo halls.

Online bingo games are incredibly flexible, meaning that you can work a game or two around everyone’s schedules. You don’t need to specifically ensure you’re available at a certain time. You can arrange the friendly meetup and gaming session when everyone is able to join. The online bingo games will always be there for you to experience.

It can be the case that visiting a land-based bingo hall sees you in the company of people that you aren’t particularly fond of and would rather not associate with. While generally this is quite a rarity, it can still happen. The online world is much better for you, as you can choose who you wish to play with. You’re essentially much more in control of who you are surrounded by and conversing with during gameplay. Furthermore, you can play a bingo game that both yourself and your group of friends enjoys. Whether you’re a 90-ball fan, an 80-ball fan or something else, online bingo is able to cater to you much more.

And don’t be afraid about missing out on the competitive side of bingo when playing online, either. It is just as competitive as land-based bingo gaming, with just as much urgency involved in completing winning patterns or lines.

While you won’t necessarily be seated next to your friends (although, of course, you can all meet in a single room and login to a bingo room via your devices to play, if you prefer), you can still stay in touch with everyone you know is playing. It could also be the case that you choose to play at an online bingo site whilst also having a video chat with your group of friends. This way, you can see each other’s reactions during gameplay and communicate verbally rather than through the chat box at the bingo site. As long as everyone has a good internet connection and top-quality streaming capabilities, then this can prove to be a wonderful way to enjoy friendly bingo games. 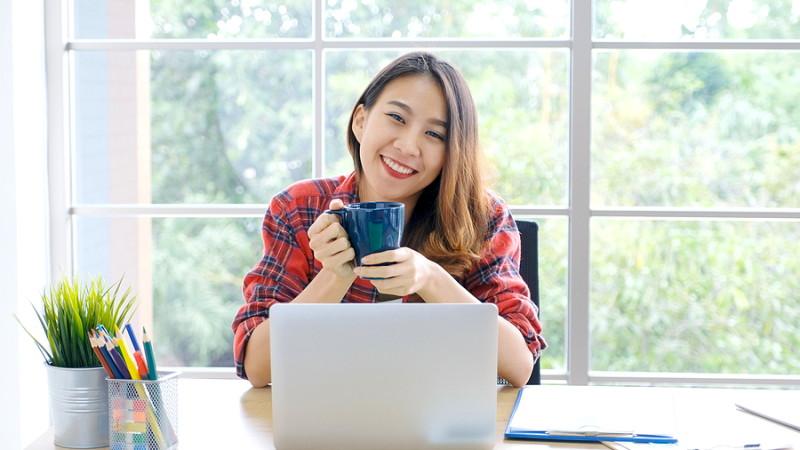 As you can see, the possibility of playing online bingo with your friends is very much a reality. It isn’t difficult to get involved in as long as you and your friends are all on the same page about when to meet up in the virtual online world. And you can play for as long as you like. There is no timeframe attached to online gameplay because bingo games are always available 24/7. Should you or any of your friends want to leave at any point, then the remaining people can continue gaming and chatting as they like.

However you choose to get involved in bingo gameplay, there is little doubt that you and your friends will have a fantastic time. The game has served as a great source of entertainment throughout the years for many people, and in its resurgence online, it has become a daily and weekly source of relaxation for others. Test the waters out with your friends. You never know – you may all find that online bingo provides you with your ideal way to socialise and have a good laugh.