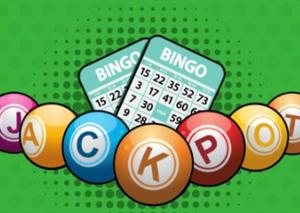 As much as we all love the social aspect of playing bingo, there’s no doubting the fact that it’s really exciting to actually win from time to time.

As an overall a game of chance, the prize really is anyone’s for the taking, so that nice juicy jackpot really could be yours at any point.

Whether you’re playing in a live bingo hall, or on your favourite online bingo site, the jackpots can vary depending upon lots of different factors.

Prizes can range from anything under the £10 mark, right up to the stratospheric heights of well over a million pounds on some games. The highest online jackpot win recorded to date was won on the Butlers Bingo website in 2012, where the lucky winner-John Orchard scooped up a whopping £5.9 million in prize funds.

When playing bingo online or in a bingo hall, there are also various different types of bingo jackpot up for grabs too. You may have signed up to a bingo site and seen phrases such as ‘the progressive jackpot’ or ‘the community jackpot’ etc and wondered what the difference was between them all?

Below we’ve created an article to break down all the different types of jackpots that you may come across when playing, particularly online, so you’ll have a bit more knowledge when trying your luck out on your next game. 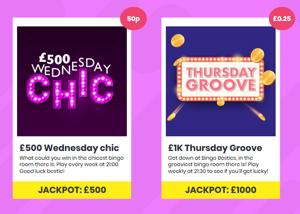 The fixed jackpot is basically a standard prize pot. It’s one of the most common types of jackpot used throughout the gaming industry across the world, and in all honesty, it really is what it says on the tin.

It’s a fixed amount of money which you will be playing towards winning during each game. In nearly all cases you will know what the exact figure is even before you sign up, and that will always be the prize fund regardless of the following factors: 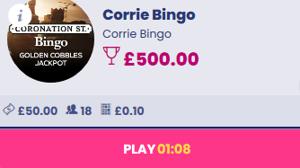 The picture here shows an example of what you could expect when playing on a game with a fixed jackpot. This image shows the following:

These funds won’t change if more players sign up for the game, and you will know that you are playing for a maximum of £500 before buying your tickets.

All in all, playing a game with a fixed jackpot is super simple.

The only thing to remember when playing on this type of jackpot however, is that you will unfortunately have to share the prize pot if there’s more than one winner I’m afraid. This is the case with most bingo games out there of course, but it’s the only factor that should ever affect your prize amount with a fixed jackpot. 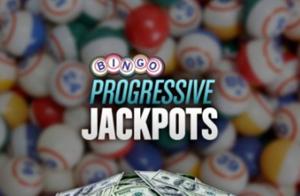 You may be familiar with the above term if you have played slots, lottery and other forms of gaming as well as bingo over the years.

These jackpots are found quite readily across a lot of online gaming sites these days, and they can really add to the sheer thrill of a game as the prize funds can reach big heights.

The reason that they are called ‘progressive’ jackpots, is because the payout gradually builds in size over time as more tickets are purchased until someone wins. Each time someone buys a ticket, a percentage of the cost is then added to the already growing pot.

When a progressive jackpot is eventually won, the prize fund is then reset to a predetermined value and the build starts all over again. The following factors are likely to affect this type of prize pot: 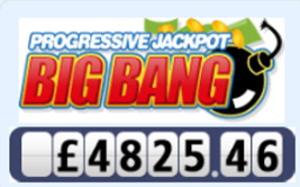 These type of jackpots are more likely to be found on the slots titles featured on online bingo sites as opposed to actual bingo games themselves, mainly because this is more of a rollover type prize.

There is a slight bend to the rule however sometimes with bingo, because some sites run games where you can win a progressive jackpot if a game is won under a certain amount of calls or claimed on a specific number etc.

In this case, the prize fund then decreases throughout the game by 10%, 20% and so on until someone eventually claims. More and more sites are offering these types of games now, so they’re worth looking out for to potentially bag some pretty massive prize pots… 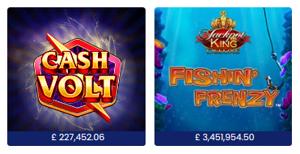 The picture shows an example of two progressive casino slots titles. Slots like this and other similar ones can be found across hundreds of online bingo sites all throughout the world.

The image shows the following:

The amount will keep rising constantly on very popular titles as they are shared across various sites and networks throughout the globe, and even the smaller titles will still rise every time someone plays and the jackpot is yet to be claimed.

As mentioned earlier, there are quite a few online bingo sites offering progressive jackpot bingo games nowadays if you look around. Generally the jackpot will either have to be called in a certain amount of numbers or on a particular number etc, and it may also then decrease in size as the game goes on until someone eventually claims.

The example below gives you a basic insight into how much you could win on these type of games.

This is a really basic outline of course, and lots of sites will offer different variations of this. However it gives you a bit of an idea as to how the jackpot may decrease in size throughout the game. Any funds then remaining usually roll over to the next game, and the prize will be lower or higher, dependent upon the outcome of the previous game.

The main thing to remember with a progressive jackpot, is that the prize fund will continue to grow until someone claims a win. Each time someone buys a ticket, a percentage is then added to the prize pot making it even bigger, and the more players there are, the higher the jackpot.

It’s really exciting to play on a progressive jackpot as the prizes can honestly be stratospheric, plus the payouts are constantly changing so each game is entirely different.

Now, the escalator jackpot is found across quite a few online bingo sites these days.

It’s a much newer way to win than the more standard fixed and progressive type jackpot games, and it adds something a little different to what would usually be just a regular game of bingo.

The main feature of an escalator jackpot is basically that the amount of numbers you have to claim on, will rise over a set period of time. It’s quite similar to a progressive slot in that way, but here the funds won’t decrease as the number of balls rise. 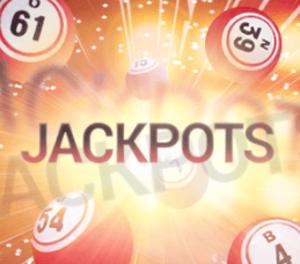 An escalator jackpot will usually be spread across a particular game or room over a certain period of time. Below are some examples of games that might exist, to give you an idea of how these jackpot style games might work:

Another thing to point out with this style of jackpot, is that some sites offer the prize as a community jackpot too.

There is more detail on community jackpots at the bottom of this article, but the basics of it are that everyone who purchases a ticket will win a share of the prize.

Some sites offer escalator prize funds as a 50/50 split as follows:

This will mean that the overall winner takes home 50% of the prize funds, then the remaining 50% will be shared across everyone who purchased a ticket. This isn’t always the case with every escalator jackpot out there, but it’s worth mentioning as it is quite common.

The overall thing to remember about escalator jackpots in bingo, is that the amount of numbers you have to call in will rise over a set period of time. This time could be spread over a few hours or a few weeks even, but generally the main rule is always the same.

It’s a really fun and exciting way to play bingo especially online, and it offers something a little different to the more standard type games. These jackpots are generally always fairly hefty too, and if a community jackpot is add into the mix, then you’ll bag a prize whether you win or not.

So, the community jackpots in bingo are a really popular way to win amongst bingo fans. They can be found on games in live bingo halls as well as online, however they are more widely available across most bingo sites these days.

The basic principle of a community jackpot, is that the overall prize funds will be shared amongst all players.

This could mean the following:

You will always know what type of split it is before you make a wager, and you will also be given any additional information such as the amount of calls it needs to be claimed in etc.

One of the main things to remember when it comes to community jackpots, is that this type of jackpot can be played standalone, or in addition to another type of jackpot.

This basically means that you could just be playing towards a community jackpot in general, or the community aspect could also be added to say a progressive jackpot.

Here are some examples to give you an idea: 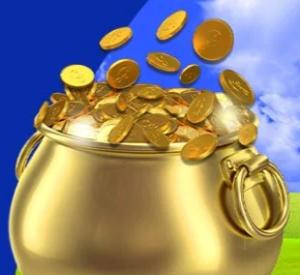 The overall feature of a community jackpot, is that it gives everyone a chance to win a slice of the prize. Whether you bag the full house yourself, or just win a small split of the pot, you’re guaranteed to come away with something at the end of the game.

Obviously you may only end up with a very small cut depending on how many players there are involved, but it’s still something that you wouldn’t get on a regular jackpot which all adds to the fun.

Community jackpots are also quite readily available these days across most online bingo sites too, so there are plenty of opportunities out there to win yourself a little piece of the pot.