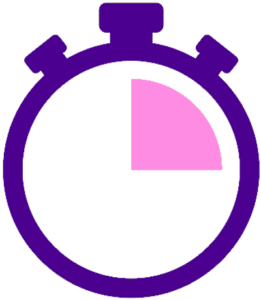 There are thousands of bingo games and hundreds of sites to choose from on different networks.  Most people play bingo during their free time and they use their instincts about when is the best time to play.  The quest to find the optimum time to play bingo, however, remains in the forefront of many players minds.

There are a number of factors to consider when aiming to find the best time for you based on what you like as an online bingo player.  Here we go through those factors to help you decide what is the best time to play to suit your gameplay.

What Type Of Online Bingo Player Are You?

Are you the type of player that is content with few wins but when you do win, you wan to win big? Or are you the type that likes to win little but often? 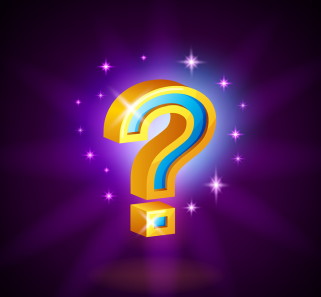 What type of budget do you have? There are games to suit all budgets, however, you do need to consider the number of tickets you are buying and the likelihood of other players having more or less tickets than you.  You need to have clear budget in mind.

Do you have the flexibility in your playing times or do you find you can only play during the evening or weekends?

Do you like to sit and watch the game play out or are you satisfied knowing that you have purchased your tickets and you look forward to checking your account later on?

Are you the type of online bingo player that plays with one brand or website or are you happy to tap dance across a number of sites?

Do you get frustrated at the thought of others winning purely because they are wagering more money than you; do you like your online bingo to be a level playing field?

All of these questions might seem a little irrelevant but being aware of how you like to enjoy the game enables you to find the best time to play bingo.

Number Of Players And Tickets

For example, you could have over 100 players with the tickets costing 1p and there being a maximum ticket purchase of 120 tickets.  Therefore its pretty likely that a lot of people have purchased their maximum allocation of £1.20 on 120 tickets, so in effect regardless of the number of players, you all have a pretty equal chance of a win.

If there is a game where the tickets are 25p each and there are over 100 players and the maximum number you can purchase is, lets say 56, its less likely that all fellow players are going to max out their ticket purchase by spending £14 on just one game.

Having said that, of the millions of online bingo players, they all have their own tactics and you can bet your very last bingo ticket there will be someone out there playing like this because it works for them and they are happy to spend and wait until that big prize comes their way and as a result their net profit is higher than their net deposits over time.  These guys are playing the long game.

Not many players want to play the long game, this isn’t a proven fact, most people are loss averse and the pain of losing often outweighs and equivalent gain from winning.  For some people winning often is more important, at least sub-consciously, than making a profit.  There is nothing wrong with that, many people play bingo for enjoyment rather than to win overall, although, of course some people out there are playing to try to make a profit.

There are a mix of tactics in bingo but the fact there are tonnes of low ticket price game suggests this is what players are playing and enjoying the most.  Online bingo players like to dabble little and often day to day, but certainly keep an eye on growing jackpots for those bigger opportunities.

Middle Of The Night Bingo Or The Lunch Hour Games

With many bingo sites offering round the clock bingo and avid players like myself working hard to spot those quieter and busier times, by keeping an eye on player numbers, you can quickly see when your chances of winning could be higher or lower.

Having played at pretty much every hour during daylight across many sites, mid morning and mid afternoon things definitely quieten down.  You will notice that the number of players can drop below 30 from over 200 at busier times, yet the prize pot in comparison to the ticket price and maximum number of tickets is still a ripe amount.  But do remember, less players the prize pot will no doubt be smaller.

Watch out for some prize pots that can catch you out.  For example, there could be a 5p ticket game with a maximum ticket purchase is 100, so you could end up spending £5.00 on one game.   There could be only a handful of players that have purchased tickets but the prize pot value is set at £3 maximum which is shared across 1 line, 2 lines and full house (£1 per win) .  These games just don’t make any sense to me, unless you are just going to purchase a couple of tickets.  But obviously some people play them because there are less players in the headcount and that’s their tactics.

Although the game described above might seem a bit pointless to many, if you are a 50p budget kind of player and you are happy to play these small prize pot games when there are few players, over time you will are likely to see some wins.

For a short while I fancied my chances at pre buying bingo tickets for games in the wee small hours of the night.  Often between 2.00am and 4.00am there are bingo games running on many sites, and the player numbers are of course lower, because we all need our beauty sleep regardless of our big love for the game.  The prize pots are also lower and you will see the same game prize pot with the same ticket price drop at around 2.00am.

I purchased 10, 1p tickets per game and pre bought over 10 games during 2.00am and 4.00am and interestingly there were some little wins here and there.  Net profit was up, only by a little, but a win is a win they say.  Another night, I used the same approach and won diddlysquat.

If you wish to, you can log into your player account and see the number of players (be aware, when you pre buy tickets, you can’t see how many players have also pre bought) that were in that game so you can get a feel for player numbers during these more antisocial playing times.

I checked back on my account after a night time dabble, and there were 6-12 players for each game.  I felt satisfied that even though I hadn’t bought the maximum number of tickets I was in with a better chance of a win with than game than the same game at 2pm in the afternoon.

The big money games with guaranteed big prizes are always during the evening as these are the busier times.  Many of the bigger bingo brands will have weekly events that draw in massive player numbers because the guaranteed prize pot is vast and the website puts on entertainment alongside the bingo which is always pretty good.

These are often called event games and players  might budget a bigger chunk of money from their budget to play on that game and that game alone.  As I said before, someone has to win it.

The above screengrab shows a game that is likely to get pretty busy but with tickets costing 8p (£5.76 if you buy the 72 maximum tickets) and the minimum prize being £400, that seems a pretty good game to join in, plus there is a jackpot opportunity.

You might be the type of player to treat yourself to these big games once a week.  What’s more with online bingo is there is the fun of the chat room games and live events they hold.  One of the top brands is holding a live chat session with Ru Pauls Drag Race contestants alongside the main games.  You get something more that just the game which certainly appeals to many.

You might be the type of player that likes to clock watch.  No, not that type, where you can’t wait for 6pm shift to finish on a Friday, instead, watching the the jackpot countdown clocks that some sites use along with notifications on how many balls are required to win the jackpot.  You could keep a track on the jackpot timers and join games when the timer is nearly complete to increase you chance of winning a big chunk.

Don’t be afraid to ask the chat room host when the last jackpots were won, they will certainly tell you.

This jackpot clock below has been taken from Mecca, however lots of bingo websites follow similar ideas.  Having played a lot with sites that have these countdown timers, you do notice that loads of players suddenly arrive when that jackpot win could be moments away. 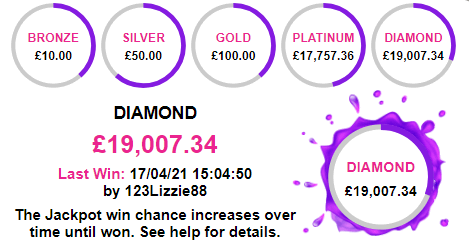 Take a bit of time to think what it is you want to get out of the game, so that you are in control and you get the most enjoyment out of it.  I like to try out all approaches because I think that’s part of the fun.