Listen up everybody, there’s a new champ in town!

The Bingo Caller of the Year Award was back in 2019 after a ten year hiatus, but some pesky pandemic put paid to it for the next few years, leaving Donna Kunyo as the reigning champion.

This year though the award was back with a bang, and on November 13th the finalists headed into the last stage of the competition with their finest outfits, cheekiest gags, and most spectacular show stopping performance acts at the ready.

Club3000 in Wigan was the chosen venue this year, and a packed crowd of 500+ players from all over the country made the journey to support their local caller or simply to enjoy the atmosphere.

And what an atmosphere it was.

Players were treated to free bubbly and a Sunday roast, as well as top notch entertainment from eight different callers and of course the usual cash prizes from the bingo itself.

It was a night of bingo like no other, and here’s everything you need to know about it.

As you may or may not know, to get down to the last eight, bingo callers have to make it through an application stage and then win local and regional heats.

There were more than 200 entrants this year, so even making it to the final is a very big deal.

The winner gets a £1,000 cash prize as well as the coveted trophy, while all finalists receive £500 and a commemorative gong.

This year, the bingo callers with their hats in the ring were:

It was an interesting line up, with Michael Farley being a veteran finalist having also competed in 2019, fresh faced Benj Maycock bringing some rap to bingo for the first time in my knowledge (more on that below), and Gary Wilson being the first online caller represented in the competition’s final.

It must have been a bit of a shock for Gary, who is more used to being broadcast live from a studio rather than facing down the customers in person, but he came second so it obviously didn’t phase him that much.

We had comedy, a rendition of Sweet Caroline from Andrew Skene, some RatPack action from Anton Fletcher, drag artists, bongo drums and topless waiters with six packs taking photos with customers on entry – seriously, ladies were losing their minds.

So Who Won the Award? 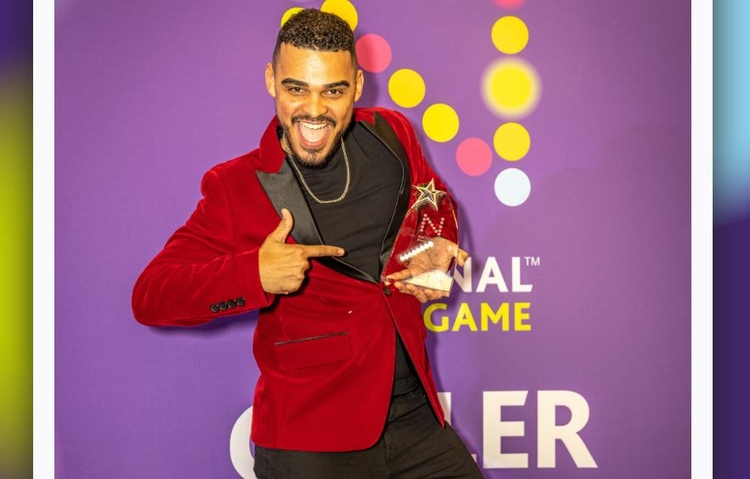 The youngest caller in the final eight was the one who took home the trophy, and that person is Benj Maycock.

The caller from Wednesbury was wearing a very jazzy red velvet jacket, was full of energy and enthusiasm… and the fact he did a bit of bumping and grinding with some of the players probably did him no harm either!

However, without question, it was his rendition of the self penned rap, ‘B!ngo’ that won him the day.

I can’t link it here because it is age restricted, but you can find him on Twitter under @Bingoobenj where there’s a link to the track – it’s genuinely really good, with lyrics like:

“Let me tell you ’bout bingo-o-o; I can bring you up when you’re feeling down come bingo-o-o; two phat ladies dressed in pink like flamingos”

You will be bopping your head before you know it – he was even interviewed on This Morning, where he gave a little sample of the track, which I can link:

It was the 2019 winner, Donna Kunyo, who, fittingly, handed over the trophy.

Donna was also on the judging panel along with Miles Baron, CEO of The Bingo Association, and Lyn Staunton from Variety – The Children’s Charity, which the National Bingo Game Association supports.

Amazingly, Benj has only been calling for about 18 months and still works his other job as a bin man in the day, but there is absolutely nothing ‘rubbish’ about him.

He has unquestionably brought something fresh to the bingo world; when was the last time you heard of a rapper calling bingo!?

His track has even been released as a single – Christmas number one anybody?