Intouch Games Ltd are one of the world’s leading e-gaming brands. The company are primarily known for their huge catalogue of slots games and casino websites across the globe, but they do also operate a few online bingo sites such as mFortune and Pocket Win too.

Unfortunately, Intouch have now come under fire this week however, and the company have been fined £3.4 million for a number of major regulatory failures made recently across the board. A statement was released by the UK Gambling Commission on March 17th 2021, which has outlined in detail the warnings issued and reasons behind such drastic fines.

The company must now undergo an extensive audit – at their own expense I should add – in order to make changes and ensure full compliance with all current UKGC licence conditions and codes of practice. This investigation has no doubt caused a massive blow to the brand, and it will be interesting to see how they now deal these warnings.

Intouch Games Failings – Where Did They Go Wrong?

So where exactly have Intouch Games slipped up recently?And what have they done so wrong to receive such a large investigation with over £3 million in fines?

The following factors were issued on evidence of irresponsible customer care:

These following statements were made concerning payment methods and transactions etc:

The following claims were made regarding offers, marketing etc:

What Does This Mean For Intouch Games Now? 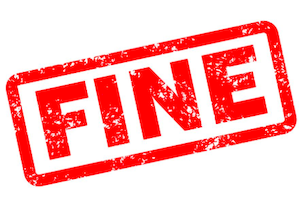 Going forward now, a thorough audit must be taken out by Intouch Games at their own expense – and the company must also pay the £3.4 million in fines to the UKGC.

Through our challenging compliance and enforcement activity we will continue our work to raise standards in the industry and continue to hold failing operators to account.

I think the fact that such a huge investigation has gone into such a renown company like Intouch Games, is a really great sign for the industry. It’s so important that all operators out there are compliant by all UK gambling laws, and that they must abide by all the UKGC rules and regulations.

Customer care and safety is a massive part of the gambling business, so it’s great to see that action is being taken on those who aren’t playing by the rules.

Hopefully Intouch Games will now make the necessary changes to ensure total compliance by all UK gambling laws, and I’m sure these substantial fines will also make all other online operators take a closer look at their own policies too perhaps, to ensure that all of the correct regulations are in place.