Now, there’s nothing better than a good old laugh eh? It’s a proven fact that we all love a good giggle from time to time, and a good, or even a bad joke can quickly lift the spirits and boost your mood in a flash.

It’s never been more apparent as to how important comedy is recently too – with recent events causing lockdown’s and periods of isolation away from family and friends.

I’m sure we all turned to comedy and light entertainment at some point throughout the 2020 pandemic, and it really can be such a great medicine for tougher times. In terms of bingo, people have played it even more during lockdown, and folks all over the world used it in so many joyous new ways to bring people together, even if actually from afar.

One of the best things about bingo is that it’s always been a really fun and social game, and whether played online or live in a bingo hall, there are plenty of opportunities for a good laugh both during and in between games. Whether it be cheeky bingo calls, memes, gifs, riddles or pranks, there have been lots of silly bingo jokes out there over the years to make us smile.

Bingo is not just about people sitting down at tables with their number cards waiting for balls to be drawn before some yells out, “BINGO!”. What you may not be aware of when it comes to the game is that there are actually various bingo jokes that have been created and told over the years. Sometimes these jokes bring about plenty of laughter and other times they have likely fallen flat. But what still remains is the fact that there is entertainment of all sorts in the bingo world.

What are some of these bingo jokes and where did they come from? Has humour changed over the years with the jokes being told about the game? Even some funny turns of phrase have been conjured up in relation to it. We take a closer look into the jokey world of bingo, and we invite you to join us on this journey. Let’s all have a bit of a chuckle and find out which bingo jokes have made the cut. Of course, if you are the type of person who is easily offended, perhaps jokes aren’t something for you, so feel free to take your leave, if you so wish.

Bingo Calls As Puns And Jokes

One of the most common types of bingo jokes or play on words are those that surround the calling of numbers. Different sayings are utilised for when numbers are drawn, and these bring a bit of light entertainment to the bingo hall and its players. These have been popular in bingo halls across the United Kingdom for many years and have even changed slightly over the years as well. Some of the more unique jokey calls from the past include:

Every number that can be called comes with its own rhyme, joke, phrase or other pun that callers can use, and as noted, this is done to liven up the game, in general. Of course, we have noted just a few of them here, but you don’t have to look far to find the jokey number calls online. 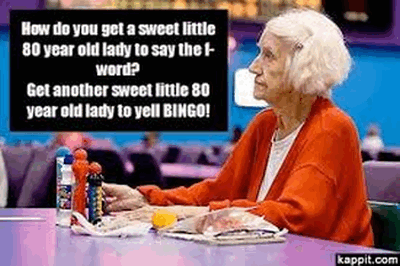 While number calls are one way to bring extra entertainment to the bingo world, actual jokes are also prevalent which focus on the game. One of them surrounds old ladies, who were well-known as the primary participants in bingo halls for many years. The joke in question is:

“How do you make a little old lady curse?”

“Make another one say, Bingo!”

Naturally, the thought process around this is that so many old ladies have participated in bingo over the years that minor rivalries and jealousy can be witnessed in the halls. In a few instances, this has exceeded simple cursing and gone into full-blown jealousy over someone else winning. Yet the joke is simply meant to be a mild jab at the fact that old ladies get jealous over someone else filling their bingo card before they can.

Everyone knows what blonde jokes have been created about. They base themselves on the premise that blonde-haired women aren’t quite as intellectual and intelligent as anyone else. One famous example of a joke surrounding this demographic has been repeated in many bingo halls across the years, which is as follows:

“The All Blonde Bingo Hall was running a game, but not one person had called a bingo for the entire night. The game kept going for hours, and none of the blonde ladies in the hall called. Annoyed, the bingo caller stands up and throws the bingo machine straight off the stage, shocking all the players. He shouts out, ‘I called every single ball in this bingo machine, and nobody has a bingo? What number are you waiting for?’. The ladies all reply at once, “Free space!”.

While a little longer to tell, the joke builds on the misplaced idea that not only are blonde women inherently stupid, but that they are so stupid they think the words “free space” on their bingo card is a number. Doubtless, the joke has raised several titters within bingo halls across the years, although there is a likelihood that today it would be shut down by cancel culture. This has already been accused of killing comedy in general, so jokes like that may end up being lost altogether. Its not that funny really. 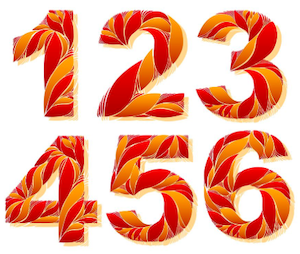 Bingo players tend to have their own code of conduct in place when participating in land-based games. It is because of this that the 10 Commandments of Bingo have been constructed in a jokey way, utilising the 10 Commandment scenario found within the Bible. These are as follows: 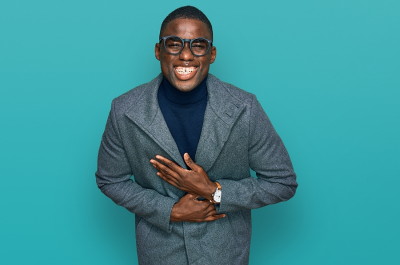 There are many additional jokes and phrases surrounding the bingo game that are a lot simpler than anything else noted here. These are meant to raise a swift cackle from players or spectators, and while these exist in large numbers, we have put together a few of them for you here.

While bingo jokes, amusing calls and one-liners remain entertaining in their own right, there have been certain hilarious true stories that have cropped up surrounding the game, too. For example, in May 2020, some of the residents at the Shire Hall care home in Cardiff were able to play a round of bingo with a couple of well-known entities doing the calling – Prince William and his wife Kate Middleton.

During a meeting with the residents, which occurred via video call during the pandemic lockdown, both members of The Royal Family ended up calling out numbers for the residents to mark off on their tickets. Yet by the end of it, they were left slightly red-faced when resident Joan Drew-Smith commented that the bingo calling wasn’t very good. Just three months later, the couple visited the care home when lockdown was lifted and got to meet Joan face-to-face. Prince William reminded the 87-year-old that she had told him his bingo calling wasn’t very good, only for her to respond to him:

Clearly not everybody was appreciative of the time that the couple had taken out of their Royal duties to call bingo for the residents at Shire Hall!

One other story to laugh about – at the guilty parties’ expense – came to a head in 2016. For four years, two cashiers from the Pavilion Bingo Club based in Liverpool had been sticking their fingers into the till and had managed to steal up to £20,000 each per year as a result. The scam actually ended up putting the bingo hall into financial difficulties, threatening the jobs of all who worked there. What’s more, the two thieves had been employed there for a 20-year timeframe themselves!

In total, Jeanette Warrilow and Jorun Chang, pilfered £183,000 from the club. Yet the pair weren’t able to get away with it. The two ladies decided to utilise their stolen cash to go away on holiday, and it was then that they were found out. Towards the end of September 2016, the manager of the bingo hall, Philip Corran had noticed that takings for a Saturday session were “significantly higher than normal”. Comparing those with takings for previous Saturday’s when Warrilow was on shift, he released that lower amounts had been input by the employee.

Once Warrilow returned from holiday, she was confronted, but stated that she had simply made mistakes. She was then suspended and went on to confess her crime at a disciplinary hearing in the same month. Chang had been on holiday with her, and it was discovered that she had used the same method as Warrilow to steal money from the business. The two women were finally charged in December of 2020, admitting theft by employee earlier on in the year.

Warrilow was sentenced to spend 12 months in jail for the theft, while Chang (who had gone through multiple interviews without comment on the accusations) received a 16-month sentence. While not a barrel of laughs for the two convicts, it does provide a source of entertainment for everyone else that they got their comeuppance!