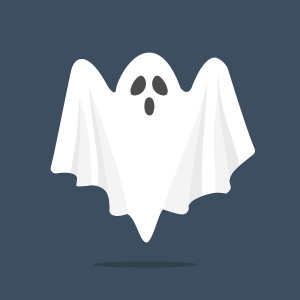 Derelict or open and active bingo halls that have been in operation for many years are understandably a top spot for avid ghost hunters. With all of the drama, noise and hubbub that takes place in bingo halls, coupled with traditionally an older age clientele, there is bound to be some paranormal whispers or even physical activity of things going bump in the night (or when the hall is closed for customers).

From the sound of humans calling out random numbers to chairs moving, bingo tickets floating around, footsteps or actual sightings of people long deceased, bingo halls have plenty of spirit (sorry; had to be done!)

At the time of writing  (August 2022) a Merseyside based team of ghost hunters or ‘paranormal investigators’ spent some time in possibly one of Cheshire’s most haunted spots; the Grade II listed building, The Plaza in Northwich. The Plaza was once a cinema from the late 1920’s up until the 1960’s, then became a hugely popular bingo hall up until 2011.

Since 2011, it has pretty much sat empty, with all of the fixtures such as seating, tables and stage remaining intact. In recent years, prior to the COVID pandemic, the venue was used for a couple of one off charity events, but nothing much else.

The paranormal hunters team, known as Haunted Scouse spent some time in the building with their special cameras and cat balls (cat balls are essentially cat toys that light up when touched) that are an important tool when hunting for moving spirits. Before attempting to connect with the spirits, they spent time in the building during the small hours to get a feel for the building and most importantly enable the spirits to feel at ease with their presence.

Before anyone stops reading at this point, please be assured that at no point did any of the ghost hunters feel threatened or in danger. Bingo players are a happy bunch of folk when a alive so if they do wish to make contact with the living once they have passed on, they are going to mean no harm.

After some time and video footage editing, they captured a snippet of a conversation between two bingo players, one of which possibly not realising they had passed away. The conversation suggested that a player named David sadly wasn’t aware that he was no longer alive as another male voice was heard saying ‘David, you’re dead’. In response David questioning ‘dead’? 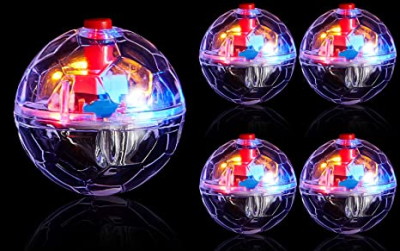 They report that the cat balls lit up and moved from potential movement in one of the door ways and on the stage. This linking to previous sightings of an unknown male being seen standing in the same doorway.

After a while the local ghost hunters thought they would have a go at interacting with any spirits that may have been present. They began by calling out numbers as if they were the bingo caller, then saying ‘I heard you say house’. At this point a female voice (all of the investigators were male) responded ‘no I didn’t’.

This must have been pretty hilarious at the time and the hunters may well have had to stifle their chuckles so as to not interfere with this spirit communicating with them.

The bingo hall on Mitcham Road in Tooting, south London is still very much a busy and popular bingo hall in operation under one of the biggest bingo hall operators in the UK, Buzz Bingo. They have regular players visit the hall to participate in the beautiful game daily.

However, over the years, numerous people have shared with staff working there, and the staff themselves have felt a certain ghoulish presence. There have been many tales of spooky encounters, however nothing that couldn’t be put down to coincidental movement or otherwise logically explained sounds.

In 2021, the clubs manager Jeevha, decided enough is enough and organised a spiritual cleansing of the building. He didn’t want his valuable bingo players to be put off by having the feeling that someone is looking over their shoulder when they are dabbing off numbers, or having an eerie feeling when popping to the toilet in between games.

Bari Ghari, a renowned ghost hunter appearing on many TV shows was invited in to do his thing. He was tasked with making some form of contact with the alleged spirits and attempting to dispel any negativity they may towards visitors to the building. Apparently, he used a ‘trans-communication’ device and successfully made contact with two spirits; a male and female.

Although, there are no records of what was actually discussed between Ghari and these two souls. He then burnt white sage, which is historically known to be a powerful cleansing agent. Following the ceremonial burning, Ghari claims that while he wouldn’t be able to rid the building of its paranormal presence, this would certainly help to remove unwanted negative energies.

We reckon it would be an awesome place to go and play bingo on Halloween!

The now demolished Invicta Cinema building in Chatham, Kent was home to a bingo hall from the mid-sixties to the late eighties. There were alleged sightings, by cleaners in the mid-seventies of a man dressed in green wandering the building of a night time.

After paranormal investigators come in to do their thing, they were able to identify that the man dressed in green was called Bill Malan. Further research found that a Mr W Malan had worked at the cinema for 15 years until he passed away in 1955. He was wearing green as this was at the time, the colour of the uniforms that the cinema ushers wore!

In Rosehill Surrey, a bingo hall operated by Mecca bingo has had sightings of a ‘grey man’ wandering the venue.  The hall has been in operation since the 1930’s, although originally built as a cinema and theatre.

During the 1960’s and 70’s numerous players heard unexplained noises and saw a blurry image of a ‘grey man’. In 2011 a clairvoyant was invited in with their crystal ball to see what they could find.

Although, it is reported that during the séance, doors opened and closed on their own accord, nothing was spotted. However, it is though that the ‘grey man’ was a regular visitor to the hall who sadly passed on to the other side through suicide in 1965.

If you are wondering what the favourite calls are for bingo ghosts and ghouls then have a look at this list: